You are here: Home / News / Secret Recipes by Aggelakis family 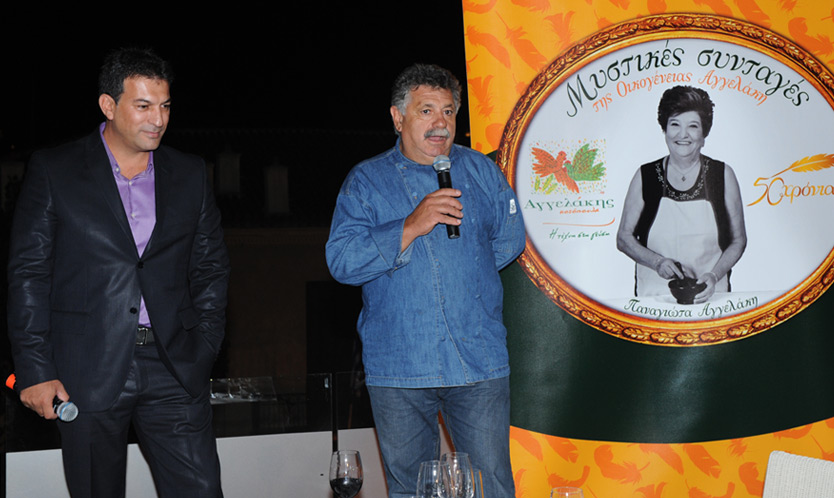 It was a magical evening, with a view to the Acropolis, when Thanos AGGELAKIS organized an event where Lefteris LAZAROU prepared a gastronomic spree and “Varoulko” welcomed people of the art, the media and the food industry.

More precisely, in view of its 50th anniversary of presence in the poultry market, the company is launching, in the retail market, within the next days, a news series of products signed by Lefteris LAZAROU, a Michelin star chef, and has invited friends over to try the new tastes.

It is about the “Secret Recipes” series, including ready-to-cook chicken products.

In his quality of the Company CEO, Thanos AGGELAKIS, stated during the special event held on this occasion, that marinated chicken is very popular in Western Europe and Australia, occupying, 20% – 30% of the total chicken market. He believes that this product shall be well received in Greece.

The launch of this new series starts on September 19, with the placement of a marinated chicken code in AB Vasilopoulos super markets. Initially, there will be 3 different chicken product codes to be placed both to AB Vasilopoulos and Carrefour.

He also believes that although his company move is aggressive, the series shall have a positive reception since, considering the market recession, the comparative advantage of the product is that it is only 1 – 1,5 euros more expensive compared to the traditional products of the company.

Among those present to this event were the painter Alekos FASIANOS, the singer Manolis MITSIAS, the journalist Eirini NIKOLOPOULOU and over one hundred representatives of the food industry.

The person who made a sensation that evening was Thanos AGGELAKIS’ mother, Panagiota, who is starring the national campaign for the Secret Recipes of this family who originates from the city of Chalkis.

WHERE TO FIND US